Many activities that occur indoors generate bioaerosols. A few of the well-documented ones include: sweeping, dusting, vacuuming, bed making, disturbing moldy food or other moldy surfaces, and many others. In addition, opening windows in the summer, while not actually generating aerosols, does allow outdoor aerosols to enter freely. It's obvious that if these occur during air sampling, the air sample data will be affected.

In fact, sometimes some activities are purposely used to generate "worst case" situations. The problem arises when these activities occur within a short time before sampling. It is amazingly common for people to clean house because the mold investigator is coming. This generally isn't because they want to spoil the samples they just want to create a good impression.

There are people who will purposely scrub away at that black mold on the wall just to make the samples look worse. They probably won't tell you that they have done this, but you can usually see the aftereffects in the fungal growth. Needless to say, this would compromise your "undisturbed" samples, as well as increasing the concentrations of spores on the adjacent floors.

So what can you do to allow for these events? In the first place, you need to ask about activities that have occurred within the past two hours, and make a note of what was done and where. Direct observation is also important. If there is no dust on anything, then someone has dusted very recently. You can also check the indoor garbage container for moldy food and/or fruit.

Then you need to become familiar with the types of aerosols generated by each activity. For example, bed making generates large particle bacterial aerosols, and sometimes small particle Wallemia aerosols. Wallemia in the air is a good sign that someone has just disturbed a relatively humid place with lots of skin scales. The bed is the most likely. Another example is cleaning the refrigerator. Most of us can't throw out leftovers until they become moldy, and the tendency is to open the container to just check.

Any fungi such as Penicillium or Aspergillus will release an aerosol just due to the suction created when the container is open. Sorting through fruit bowls and discarding moldy fruit, especially oranges and lemons, will produce the same kind of aerosol. Sweeping and vacuuming generate complex aerosols that include both large and small particle fungal aerosols.

How long do these aerosols last? In still air, particles fall at rates depending on their aerodynamic diameter. This is the diameter of a smooth sphere having the same settling rate as the particle. Thus, a relatively large particle with lots of spines may fall more slowly than expected and its' aerodynamic diameter will be smaller than its' actual diameter. The shape of the spore or other particle also will influence its' settling rate. Skin scales are relatively flat, which tends to slow their settling rate. In addition, air movement strongly influences settling rates and loss of aerosol particles through impaction.

Obviously there are too many variables to accurately estimate how a given aerosol will behave, especially when you don't know precisely what is in the aerosol. Work that we and others have done, however, do indicate that Stachybotrys aerosols are gone within about 10 minutes in still air, and a large percentage of a Penicillium aerosol will be gone within 20-30 minutes in still air.

Given that there will always be some air movement, I suggest that waiting at least an hour after any of these disturbances will allow the collection of samples that are reasonably representative of aerosols in an undisturbed space. Unfortunately, the key word is "still air", which rarely occurs. The best solution is to convince your clients not to clean anything before you come, then they can go to it as soon as you finish your background sampling.

This article originally appeared in the September 2010 issue of Indoor Environment Connections. Reprinted by permission. 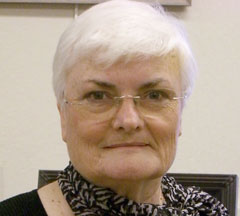